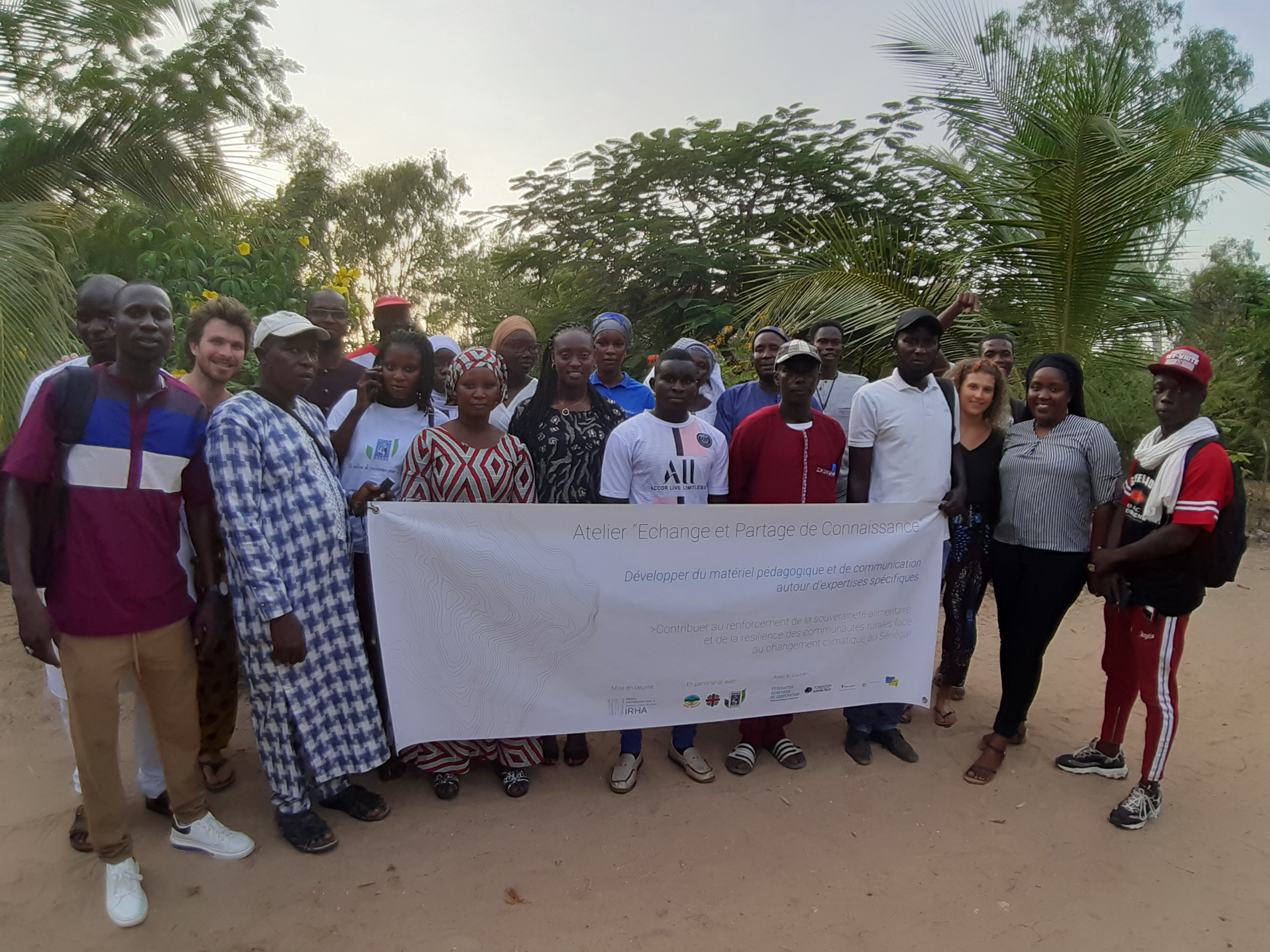 During the days of November 17 and 18 was held a meeting between the various partners of the IRHA in Senegal. In addition to the IRHA team, we could count on the presence of APAF Senegal, Oceanium Dakar, Caritas Kaolack, SOS Faim, Growing Life Farm, local authorities and field actors.

On the first day, in the magnificent setting of the hotel de la Source aux Lamantins in Djilor, on the banks of a bolong, the local name for an arm of the sea, participants were able to follow a series of training sessions on various themes such as rainwater management and capture, agroforestry, mangrove reforestation, community mobilization, and agroecology. These were interspersed with inspirated and varied exchanges; between questions, advice and recommendations, the discussions were very lively and enriching for all those present.

On the second day, field trips to the project "A Kop No Maag Olé - The Forest of the Sea" were undertaken. Thus, two mangrove nurseries and two boulis in the process of development were visited, with explanations by the actors in charge of the implementation of the project. These visits have also allowed to create interesting exchanges on the methodologies in progress, the promoted practices as well as the objectives aimed through these activities.

Keep in touch with by subscribing to our newsletter